Newly published research led by the Yale School of Public Health demonstrates that individuals who hold negative beliefs about aging are more likely to have brain changes associated with Alzheimer's disease. 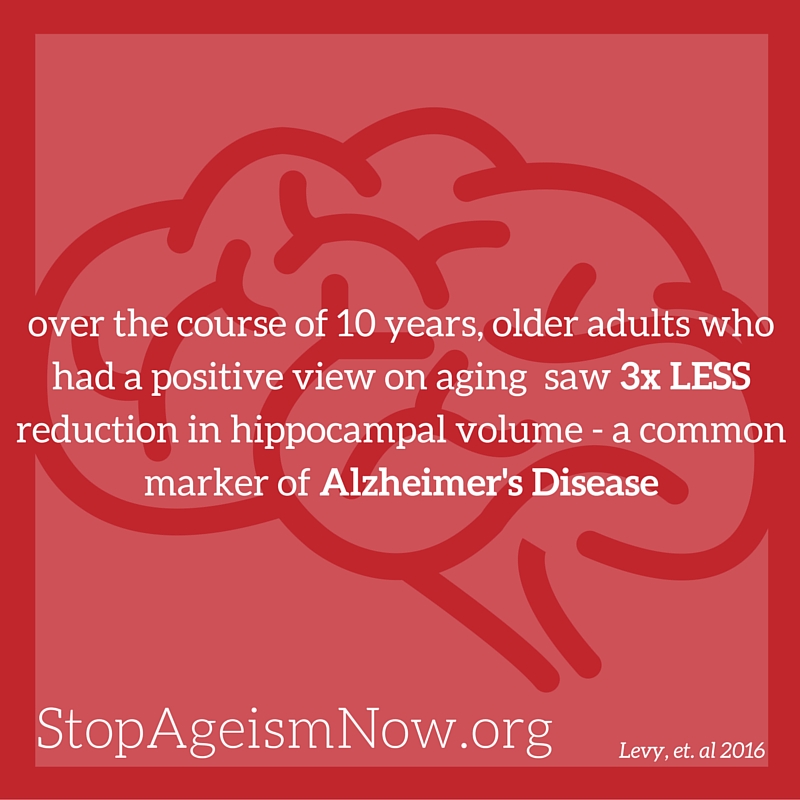 The study led by Becca Levy, associate professor of public health and of psychology, is the first to link the brain changes related to Alzheimer's disease to a cultural-based psychosocial risk factor. The findings were published online Dec. 7 in the journal Psychology and Aging.

Read the full article on YaleNews.
PDF of article.

Find out more about AOASCC's campaign to Stop Ageism Now.