Most workers in America know where to go if they feel they have been at the losing end of discriminatory practices. Since the 1960s the Equal Employment Opportunity Commission, better known as the EEOC, has acted as the last resort for women and men who have been unfairly treated due to their race, gender, cultural identity—and age?

While the ADEA was created to protect older adult workers, since its beginning it in fact only has served to codify age discrimination as a lesser civil rights issue. Unlike race or gender discrimination, which protects workers against impact and not just intent, the ADEA only protects workers against “arbitrary age discrimination,” suggesting that there are times when, gee-whiz, maybe it does make sense to lay people off who have been hanging around a bit too long.

It turns out that for some businesses, this is all the justification they need—and the courts have repeatedly upheld decisions that unfairly penalize workers for the crime of aging. The two justifications most-often utilized are “bona fide occupational qualification,” usually during hiring, and “reasonable factor other than age” or RFOA. The RFOA is perhaps the more insidious defense. Essentially, if any other justification can be made for laying off a worker then there is no means for that worker to fight the ruling.

Picture a mid-sized organization that has been around for a few years. While looking for ways to increase profits, they decide to lay off all of their workers who have more than 20 years seniority and replace them with recent college grads—not in the same exact job, of course, but close enough to get the job done. A similar situation where all of the women or people of color are laid off could lead to a class-action suit, but for older adults it is different.  In spite of effectively being laid off for aging, the employees in this situation would have little-to-no recourse under the ADEA and EEOC.

The impact that the lack of workplace protections has had on older adults is devastating. According to the Bureau of Labor Statistics, older workers are half as likely to find employment. Unsurprisingly, this has contributed to over 25 million Americans over 60 living in poverty or economic insecurity, according to the National Council on Aging. This poverty leads directly to decreased health outcomes, higher medical costs, and shortened life spans – all of which only serves to perpetuate negative attitudes towards aging and older adults.

This needs to change.  Employers should all be held to the same standards so that if a group of workers are let go, they can band together to form a class action and prove their case for discrimination. Over the coming months and years, through its Stop Ageism Now campaign the Agency on Aging is committed to educating the public on this insidious ageism and working with those in power to re-shape the law so that we are all afforded the dignity of protection and right to work. 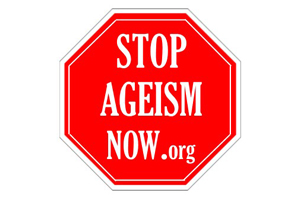